Welcome to my Danzig shrine!
If you're looking for Danzig (the band) click here. Is it surprising that my favorite boomer & favorite boomer to mock gets his own page? Absolutely the fuck not. (Though I'll admit, this is centered around 90s & earlier Danzig.) Anyways. Regrettably, I unironically enjoy Glenn Danzig even when he's giving bullshit interviews at 66. I already have a Danzig band page but it's kind of hard to narrow Danzig down to just one project, or pick one as my favorite. Misfits. Samhain. Really bad porno comics. Titty eyeball movives. Kitty litter memes. Where there's a will, there's a 'Zig.
navigation: Shrines home | Danzig (the band) shrine |

The Misfits were one of my first favorite bands growing up, (& have continued to be for the last 20yrs) and cuz music is absolutely special interest territory for me that means I started digging through their discography, and anything I could find about band members past & present pretty early. (Even though I didn't get into Danzig's solo work until I got more into metal as a teenager.) I'd been gifted Hidden Lyrics Of The Left Hand (by a friend that assumed it was just Misfits related) as a comic book & horror-loving highschooler, and pored over it for what seemed like weeks. Things kind of just snowballed from there.

A few years ago I was digging through music that I'd found comfort in in the past, & ended up down that same werewolf infested rabbithole again. 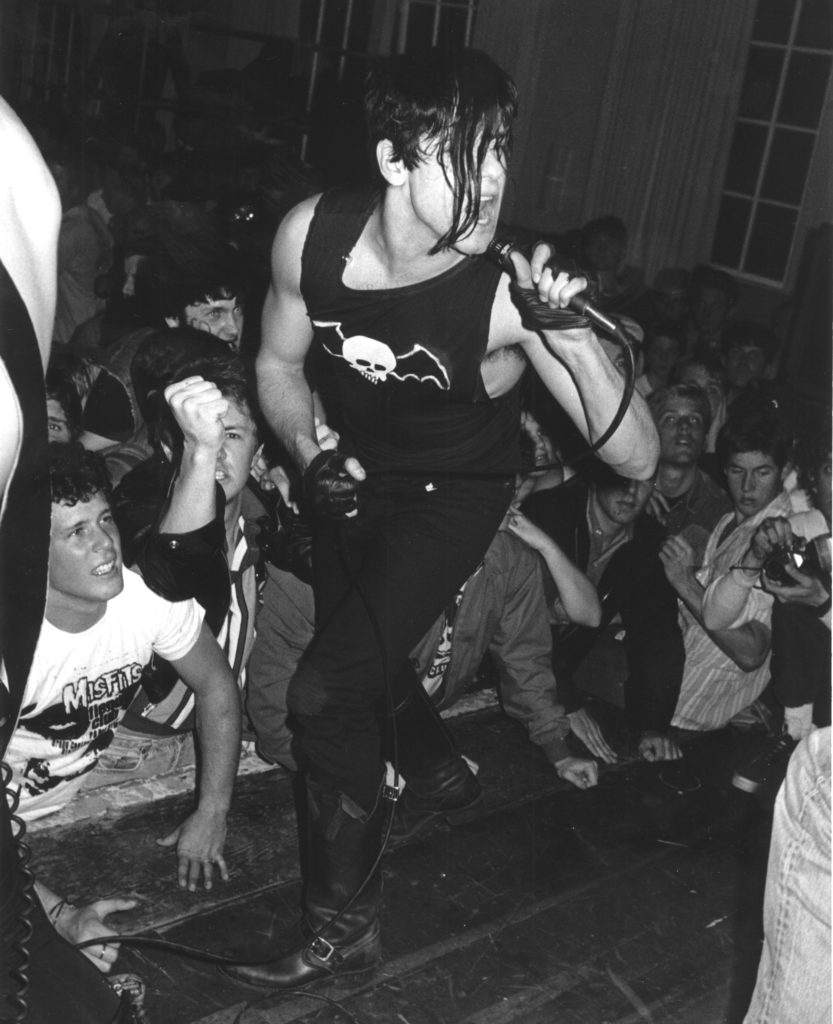 Usually I'd dig into someone's background & personal life for an "about" section - but between being incredibly private (unless he's starting fights I guess) and his persona coming off as some sort of comic book character crossed with a cryptid...I think the mythical weirdness of Glenn Danzig is more important than his mothers maiden name or whatever factoid I could pull up here.

Music & Career
Danzig started the Misfits in 1977, with drummer Manny Martínez - and shortly after Jerry Only on bass, putting out records on Glenns own label Plan 9. The Misfits & Glenn specifically are credited with starting horror punk as a sub-genre - & Danzigs love of horror, comics & fantastical bullshit was a huge part of that. (...And in his later work as well - he's served as the sole songwriter in all of the groups he's fronted)
When the Misfits (first) broke up in the early 80s, Danzig went on to start Samhain - which then rolled into Danzig in 1987, the band - not the guy. He's continued to put out music with (as?) Danzig since, and has been working in music for almost 45 years now.

All that time adds up to a metric fuckton of releases - 3 studio albums with Misfits, 4 with Samhain, and 11 with Danzig. I could sit here and list off EPs & singles & compilations for hours, but you get the picture. 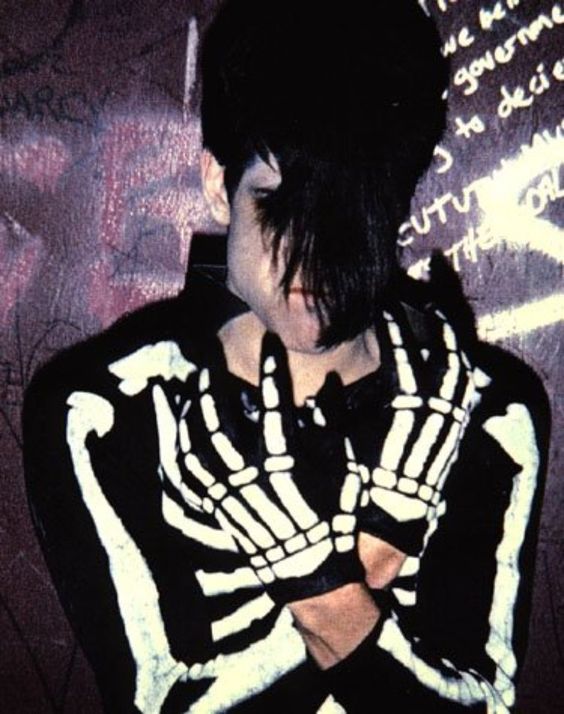 Other Notable Nonsense
All of Danzigs projects are...super cheesy (I say that as someone that loves most of them..) but that's part of the "living breathing comic book character" appeal I guess. His alleged childhood goal of being a comic book creator didn't really pan out, but he did start his own comic book company in the mid-90s. Along with that Danzig has also...

Played himself on Portlandia & ATHF

Written & directed two of his own movies
...if we're willing to call them that.

Not Of This World
Danzig is barely an actual living breathing human in my mind. Why? Here's some of my favorite pieces of Danzig lore

"Just cleaning up my fucking bricks, bitch" - Fairly sure this one was confirmed to be true, either way one of my friends had to report on it at an old radio gig and I still laugh over the evil brick pile

Suing Jerry Only, and anyone that moves seemingly just for fun.

He files his nails into points and has for years. Horrifying.

"Woke Bullshit" - this Rolling Stone interview blowing up last summer was bonkers. I think it's actually one of his better recent interviews & was surprised that that blurb ended up going viral because he's a fucking boomer. (Really, it's one of the less offensive things he's said in a while)

Danzig still uses a flip phone, in the lords year 2021

Interviews & Articles
Not necessarily the best, or the most notable - but stuff I still get a laugh out of reading/watching. (Usually because Danzig's a fucking jerk, I'm not sure how some of these interviewers lived to see another day after some of the ones he's given.)

Video - Headbangers Ball 1989 This is worth including for how he says "The Munsters" alone. I see this one in .gifs a lot, it's cute. Glenn Danzig if you're reading this I don't think you're cute, I think you're very badass and macho please don't kill me in my sleep.

SPIN Magazine Cover story - January 1991
"If America shakes in its boots over a faked picture in the Weekly World News, Geraldo’s tales of devils in high places, and backward masking on Judas Priest’s records—well it hasn’t seen anything yet."

"The Devil Inside Glenn Danzig" Rolling Stone - March 1994
"As he answers questions, he reaches for a pair of wooden sticks. Asked what these sticks are used for, Danzig – a martial artist who trains with one of Bruce Lee’s core students – matter-of-factly replies, 'Killing people.'" This might be my favorite 90s article. Not sure. Maybe. Yeah? It lays down a lot of Danzig lore where he's just a weird guy with a bunch of action figures eating cereal in the dark, yknow?

Video - Pinkpop Festival Interview - Netherlands, 1995 "Well, you asked me my opinion, not your opinion..do you want to hear yourself talk? I'll leave!" (Bonus: Live of "Dirty Black Summer" wearing an XS trashbag to go along with his argumentative ass interview. Incredible.)

SPIN Magazine Interview - July 2007
"No rehab. Now I try to be nice. I’m usually not mean to people unless they’re assholes to me. I try to avoid them." (...said while being an asshole through 85% of the interview)

Video - Talking Metal 2008-ish (Well, I think it's from 2008) Home tour! I remember watching this in middle school. Talking Metal was so fucking cheesy but I really wish Fuse had a Cribs equivalent for shit like this.